Oxford has a special set of housing challenges due to geography and house prices, driven by its fame as a world famous university city. However the need to provide excellent social infrastructure for its science and technology companies, as well as the NIC's plans for boosting housing on the Oxford to Cambridge Corridor, means that master-planners like Savill's Andrew Raven have to juggle transport congestion, low carbon demands and high standards of architectural design, ac

We are extremely pleased that Nick Green, Head of Energy at Savills will be speaking at our Future Cities Forum 'Healthy Cities' on 30th January 2019 at the Apothecaries' Hall, London. We will be discussing the UK's investment in the energy sector in the journey towards a low carbon economy, the drive to improve pollution levels for health and energy security. Nick has over 14 years sector experience with particular specialism in renewable energy generation projects acting fo 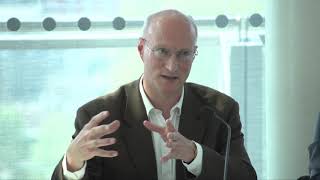 Savills has been advising Transport for London, as well as city councils, near the HS2 route, on land value capture and uplift as a possible way of funding major new infrastructure. Please watch the Chief Economist at Savills, Rory Brooke, above, presenting on our first panel discussion about new models for infrastructure-led regeneration at "The Making of the Modern City" alongside L&G Capital,Tibbalds Planning, Transport for London and the Mayor of Middlesbrough. Rory concl

WMCA speaks at our levelling up forum this July

The future for Manchester: investment in housing, offices, culture and heritage

Innovation and investment in the science city of Manchester

Government Property Agency speaks on levelling up at our Manchester forum